I’m often asked what got me started in genealogy and researching family trees.  Most people start with their own history and move on from there, but I started with my husband.  There were lots of ideas in his family about where their surname – Keter – came from (it’s pronounced the same as Peter). 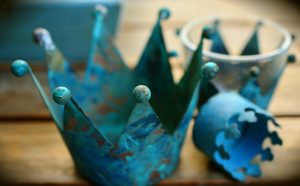 Some said it was “the Hebrew word for crown”

Other suggestions included that it had Germanic or Scandinavian roots or that there was some sort of African connection (Wikipedia says that the name Keter is a surname of Kenyan origin) or that it was a sept of the clan MacDonald.  None of these seemed plausible to me so I set out to see if there was any way I could find out the truth…… 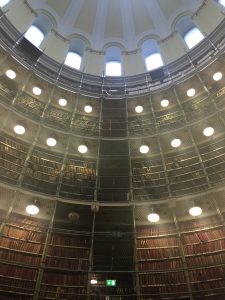 So when I found myself on “gardening leave”, I spent a week at New Register House in Edinburgh.  Nothing was digitised back then so looking for Scottish ancestors meant searching through very large ledger-type indexes and then being escorted to view the original registers. Not quick, and you had to be good at recording all the information you saw.  Researching an unusual name made it easier – I just looked at every birth, marriage and death of anyone with the name “Keter” and worked out later how they all related to each other – not something I’d recommend today!  I traced them back to John Keter on a farm in Renfrew, so once I’d exhausted all the statutory records I moved on to reading kirk session minutes (not sure why, but that was where I went next).  I discovered the family recorded in the Paisley Abbey minutes where John Keter – or Cater as I had now discovered him – was an elder.  Then I had to go back to work in a new job.

Over the years I’ve carried out more research and managed to get back further – to the middle of the 18th century.  I’ve looked at parish registers, read wills and testaments and searched through the estate papers of Archibald Alexander Speirs (who owned one of the farms that the family worked).

I pretty sure that I’ve proved that none of the theories my late father-in-law put forward was correct.  The family were Scottish – but nothing to do with MacDonald.  Why the spelling, and pronunciation, of the name changed over the years is open to speculation.  Maybe the family were incomers and the accent fooled the clerk, maybe it’s just something that evolved, maybe Keter (as in Peter) sounded better.  I guess we’ll never really know, but it started me on a path to what has now become my profession.