Both Michael Parkinson and Cherie Blair have said they were told their ancestors were “too boring” for them to be included in a Who Do You Think You Are? programme. What exactly do they mean by “boring”?  Is “boring” in terms of a television programme the same as “boring” to anyone else?

The celebrities that have been featured have looked at a whole range of aspects of their family trees.  This confirms my belief that genealogy and family history research is not just about tracing your ancestors back as far as you can but rather about gaining a better understanding of where and who we come from.  Some have discovered their ancestors shared their talents or interests, others have concentrated on an ancestor’s experiences – for example, of work, emigration, war, deprivation, abandonment, illness or slavery.  Many have featured tears and a few included laughter, but all of the programmes took the subject on a journey, searching out snippets of information from all sorts of different sources. 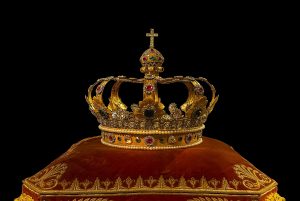 Over the years, some of the subjects of the programme have been able to trace one of their family lines back to royalty.   In the first programme of the current series (series 13), Danny Dyer was told that his 22-times great grandfather was King Edward III, who lived nearly 700 years ago during the 14th century.

But as we all have something like 16 million (yes, million) 22-times great grandparents, it’s hardly surprising that one of them was a King.

Look at it another way.  Many genealogy writers suggest that there is every chance that between 80% and 100% of English people with English ancestry can claim to be descended from Edward III – they just can’t prove it.   Although there are many people who can prove their descent – including British Prime Ministers and politicians, US Presidents, authors, actors.  Just search the internet and you’ll find them listed.

Does that mean if you can’t trace your ancestors back to royalty they are less interesting?  I don’t believe they are. It’s sad to condemn someone’s ancestors as boring, no-one’s family should be considered like that. Most of our ancestors may not have been aristocratic, they may not have been well-known in their time, but they lived their lives with all its ups and downs as best they could just like everyone else.  And sometimes even the most ordinary seeming life can have it’s moment; and it is those moments that make researching your tree worth it.